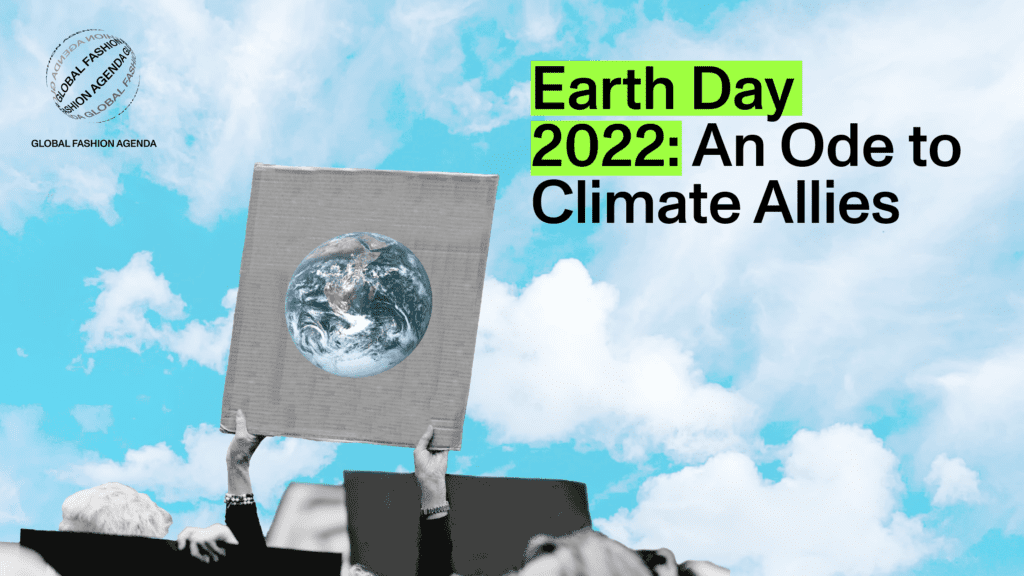 Since the first Earth Day in 1970, a sense of urgency and determination has increased more and more each year. Believed to be one of the world’s most prominent days of observance, amassing the solidarity and action of up to one billion people annually, this Earth Day, Global Fashion Agenda would like to recognise the tireless work of climate activists and allies all around the world.

If the latest series of IPCC reports signal anything, it is the fact that many of our ecosystems are on the brink, causing implications for some of the most vulnerable communities at an accelerated rate. The magnitude of the problem cannot be underestimated. According to our Fashion on Climate report, if the fashion industry continues on its current path, it will miss its 2030 emissions reduction targets by 50%.

In the face of such an urgent mission, it’s easy to feel overwhelmed and become paralysed by the problem. Achieving the end goal is no easy feat when activists are up against false promises and inaction on a huge scale. Yet there remains hope in collective action.

As climate justice writer and podcast host, Mary Annaïse Heglar, said: “The thing about climate is that you can either be overwhelmed by the complexity of the problem or fall in love with the creativity of the solutions.”

Whilst a huge proportion of responsibility lies with corporations and governments to act sustainably, let us not underestimate the power and willingness of citizens. Businesses are based upon citizen demand, and regulations often change in response to public opinion. Shifts towards more sustainable business models are no coincidence, but rather happen as a reaction to an ever-increasing demand for better practice.

As António Guterres, Secretary-General of the United Nations shared on the back of the latest IPCC report: “Climate activists are sometimes depicted as dangerous radicals. But the truly dangerous radicals are the countries that are increasing the production of fossil fuels. Investing in new fossil fuels infrastructure is moral and economic madness.”

People can both recognise that saving our planet from catastrophic climate collapse must be enacted by seismic and systemic shifts on a global and governmental level, whilst also embarking upon personal and localised activism. We cannot go ahead with a business-as-usual approach and wait for the world to be transformed around us from the top down. Individual as well as collective activism is courageous, often risky, uncompromising in its determination, awe-inspiring and offers the momentum and demand for systemic overhauls towards climate justice. If people focus on the places and activities most familiar to them, local activations can have far-reaching ripple effects and inspire more broadly.

Youth activists in particular are acutely aware of the unjust nature of climate change – the crisis is disproportionately affecting vulnerable communities whilst it is predominantly the most wealthy and privileged people, nations and corporations that are responsible for it. Activists seek to hold these institutions accountable.

The care, compassion, creativity, commitment, and courage of climate activists can help to reimagine the future and place the planet on a new and regenerative trajectory.

Hope is not always easy and burnout is commonplace within the climate movement. Feeling hopeless is not a failure but a signal to rest. Nature itself can provide an antidote to these feelings as people can cultivate optimism and momentum simply by being surrounded by, and appreciating, the very thing they are trying to save. Of course, it is an immense privilege to be able to take time out. Those on the frontline of the climate crisis cannot simply switch off from climate change.

We cannot expect to better our understanding without listening to the voices of the communities on the frontline of the climate crisis and those with a deep and holistic understanding of our Earth. Research shows that Indigenous peoples safeguard 80% of the world’s biodiversity and yet their representation on global climate forums rarely reflects this.

We must respect and work in synergy with Indigenous peoples and recognise them as expert land stewards to truly tackle the climate crisis. As an example, studies indicate that deforestation rates are significantly lower in Indigenous and Tribal territories where governments have formally recognised collective land rights.

This type of demand was a key message behind the demonstrations and marches that took place throughout COP26 last year. Concurrent with the high-level discussions between world leaders – on the fringes, activists, students, citizens, and grassroots organisations convened to protest, collaborate, and hold governments accountable. This made for some of the most noteworthy aspects of COP26

Alliances for a New Era

The theme for this year’s Global Fashion Summit: Copenhagen Edition 2022 is Alliances for a New Era. The theme will underly all elements of the Summit and will be represented on the main stage by bringing activists into key Summit conversations and providing a platform for some of the most notable climate allies.

After two years of delivering our annual Summit to people digitally, this month over 900 leaders of brands, retailers, NGOs, policy, manufacturing, and innovators descended on Copenhagen in a bid to drive urgent action at the latest edition of the Gl 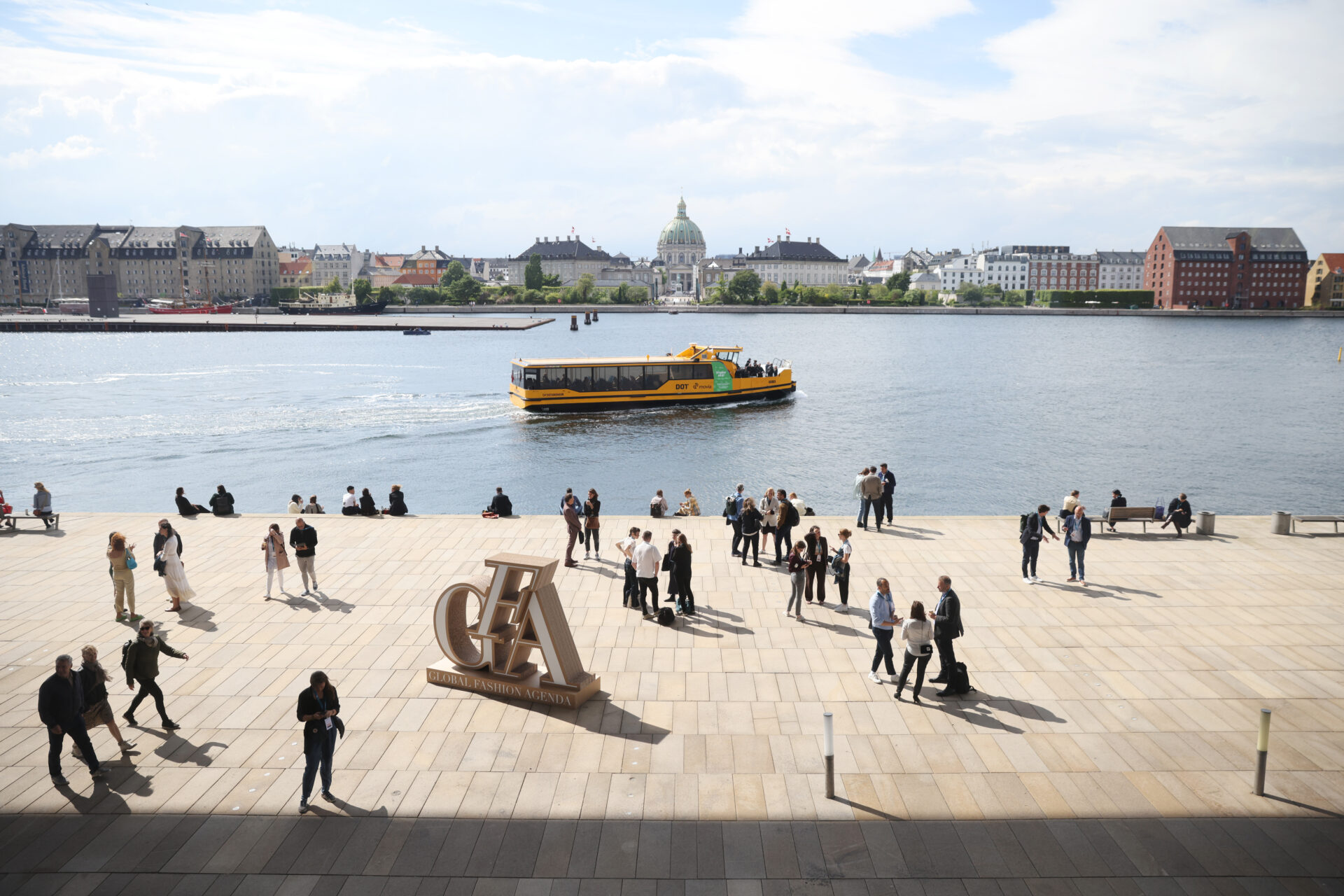